skip to main | skip to sidebar

Ok. I have spent several hours unnecessarily trying to write to an zigbee with an Arduino program. I thought that I had to bring the zigbees into command mode, in order for them to be able to send data between the radios. After becoming somewhat frustrated I became smart enough to just try Rob's code.

And this is where I am so far: 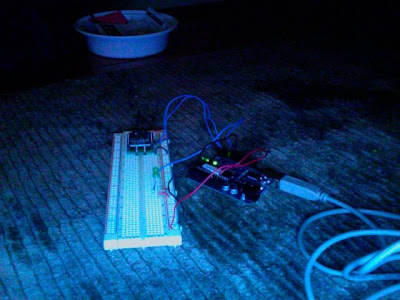 I am just using an LED at this second. And the controller zigbee is still hooked to a maxstream usb board. So next step, switch out the maxtream board for another arduino board.
__
OK. My switch from the one arduino board is now causing my LED to blink. Yay. This was my setup for the 2nd arduino + breadboard: 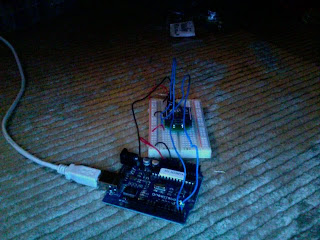